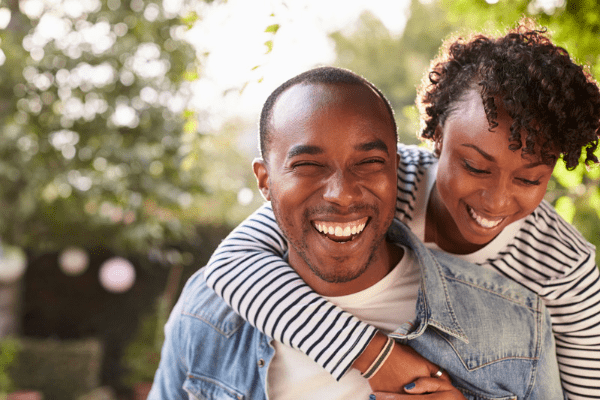 Marriage is God’s idea. Marriage is an institution created by God, even though popular culture has begun to misinterpret the purpose for which God created marriage. The purposes why God Instituted marriage is to for us to understand the relationship between God and man, for companionship, to display God’s oneness, to reproduce our kind, and to establish God’s kingdom here on earth.

“Understanding and Living in God’s Original Purpose for men and women is crucial for the right relationships between husbands and wives. If we fight against God’s purpose, we will be unfulfilled and frustrated. He made us the way we are for His purposes and our benefit” ~ Dr. Myles Munroe.

Marriage is the intimate union and equal partnership between a man and a woman. Though man and woman are equal to God’s children, they are created with important differences that allow them to give themselves and receive the other as gifts.

The Purpose of Marriage is to understand the relationship between God and man.

Ephesians 5:22-29 instructs husbands to love their wives as Christ loves the church. “Husbands, love your wives, as Christ loved the church and gave himself up for her, that he might sanctify her, having cleansed her by the washing of water with the word, so that he might present the church to himself in splendor, without spot or wrinkle or any such thing, that she might be holy and without blemish. In the same way, husbands should love their wives as their own bodies. He who loves his wife loves himself. For no one ever hated his own flesh but nourishes and cherishes it, just as Christ does the church.

God’s purpose for marriage is that men will love their wives as God loves the church. The relationship between a  husband and a wife should look like the relationship God has with a man.

Some of the ways Christ loves the Church

Christ loves the church with a Sacrificial love– Christ gave up himself for the sake of man. He died on the cross to save us from sin.

Christ loves the church with a sanctifying love- Christ gave himself up for the church, and then he sanctifies her, having cleansed her by the washing of water with the word. “That word is used in a few different ways, but here it refers to being devoted to God. This tells us that Jesus sanctifies his church by setting her apart to the service of God”.

Christ loves the church with a purifying love- God wants in the end that the church he sacrificed and sanctified will be presented with no spot or wrinkle or blemish eternity. The way God loves the church is the same way husbands are to love their wives. The purpose of marriage is that the husband and wife will grow in holiness. It should be a way to draw closer to God and each other.

The Purpose of Marriage is for Companionship

God’s purpose for marriage is companionship. In the first marriage in the bible between Adam and Eve. We see God emphasize that it is not good for man to be alone. He said he will make Adam a helper; someone who will assist him in reaching his given purpose and will be a companion to walk life together. Man is a relational being and, as such, seeks to have someone who will be a part of their lives and grow with them, and marriage was designed to do that.

Then the LORD God said, “It is not good that the man should be alone; I will make him a helper fit for him.” Now out of the ground, the LORD God had formed every beast of the field and every bird of the heavens and brought them to the man to see what he would call them. And whatever the man called every living creature, that was its name.

The man gave names to all livestock and the birds of the heavens and every beast of the field. But for Adam, there was not found a helper fit for him. So the LORD God caused a deep sleep to fall upon the man, and while he slept, took one of his ribs and closed up its place with flesh. And the rib that the LORD God had taken from the man he made into a woman brought her to the man. Genesis 2:18-22

One of God’s purposes for marriage is to display Oneness and unity. In Genesis, the Bible said that a man would leave his father and mother and be joined to his wife, and they will become one flesh. God instituted marriage so man can display the unity God has in mind in creating man. When our marriages display this oneness, all who come into contact with us get a glimpse of unity, harmony, and a hopeful reminder of what will be when those who believe are once again one with God.

Then the man said, “This, at last, is bone of my bones and flesh of my flesh; she shall be called Woman because she was taken out of Man.”Therefore a man shall leave his father and his mother and hold fast to his wife, and they shall become one flesh. Genesis 2:23-24

The Purpose of Marriage is for man to Reproduce and establish God’s Kingdom on earth.

So God created man in His own image; in the image of God, he created him; male and female, he created them. God blessed them and said to them, “Be fruitful and increase in number; fill the earth and subdue it. Rule over the fish in the sea and the birds in the sky and over every living creature that moves on the ground.”  Genesis 1:27-28. One of God’s purposes for marriage is for reproduction. God put Adam and Eve in the garden and told them to be fruitful and multiply. He said to man-  have dominion over the other creatures on the earth.

8 Fun and Creative Romantic Ideas to Surprise your Partner